This is one of my favourite blog series I’ve ever done. So many brilliant authors took part. This is one of them. Please enjoy even though it is from 2015: 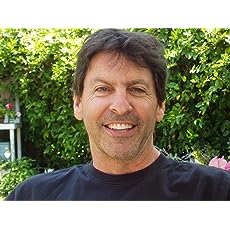 Today I am honoured to introduce you to Joel Engel journalist and writer.

On BookTour.Tips Joel introduces himself like this:
” I have authored or co-authored nearly 20 books (including a New York Times bestseller). They range from narrative nonfiction to essays, sports, satire, pop culture, biography, and autobiography. As a journalist for the New York Times and Los Angeles Times, among other papers and periodicals, I once upon a time reported on everything from politics to hot-air ballooning, pregnancy to cancer research, pop culture to business. I’ve also sold several feature-film scripts to Hollywood and produced about 60 hours of (cable) television.
Two professional experiences that I remember with inexplicable pleasure are writing an infomercial hosted by a celebrity who insisted on being introduced as “the beautiful and talented actress” when in fact she was not quite either, and getting fired from a documentary about Elvis fans for telling the network executive–who until months before had been a Russian interpreter–that her clunky suggestion for the show’s opening sequence was “not good television.” On the personal side, I’m one of those happily married men and proud fathers you sometimes read about, wondering if they actually exist.”

His latest book is a biography about “Rod Serling” famous for creating and writing “The Twilight Zone”. I have to admit I am a bit disappointed that I am much too young to have seen that sci-fi series in its original broadcasting :-).
But without further ado find out what Joel has to say about his writing habits:

How would you describe yourself in one paragraph?

I TRY TO LIVE MY LIFE IN A WAY THAT MY DAUGHTER WILL BRAG ABOUT WHEN I’M GONE.

A fun fact about you?

What made you write in the first place?

IT WAS THE ONLY WAY TO GET SOME PEACE FROM THE VOICE(S) THAT KEPT YAKKING IN MY MIND’S EAR. I KNOW HOW THAT SOUNDS, BUT I’M A PRETTY SANE GUY. (SURE, SURE, THEY ALL SAY THAT.)
Which Author has influenced you and why?
MOST INFLUENTIAL EARLY ON WAS HEMINGWAY. HE SAW AND DESCRIBED THINGS SO CLEARLY. LATER ON I FELL IN LOVE WITH RAYMOND CHANDLER.

What is your favourite book?

Your writing ritual (if you have one)?

A FEW YEARS AGO I WAS SEATED AT A BIG-EVENT BIRTHDAY PARTY NEXT TO A DOCTORWHO WAS THE DIRECTOR OF MEDICAL SERVICES AT A HOSPITAL. AND SINCE HE WAS ALSO AN ASPIRING WRITER, HE WAS DELIGHTED TO HEAR I WAS A PROFESSIONAL WRITER. “THIS IS GREAT,” HE SAID. “YOU CAN TELL WHAT THE SECRET IS.” “SECRET TO WHAT?” I ASKED. “YOU KNOW,” HE SAID, “THE SECRET OF BEING INSPIRED.” “OH, THAT’S EASY,” I SAID: “BILLS.” WHICH REALLY PISSED HIM OFF. HE THOUGHT I WAS WITHHOLDING THE MUSES’ PHONE NUMBER. SO FINALLY I SAID TO HIM, “ALAN, WHAT’S YOUR SECRET OF GETTING UP AND GOING TO THE HOSPITAL EVERY DAY.” HE SAID, “IT’S MY JOB.” “BINGO,” I SAID. “WRITING IS MY JOB.” ALL OF WHICH IS TO SAY I GO TO MY OFFICE EVERY DAY, SIT DOWN, AND STAY THERE UNTIL MY DAILY QUOTA OF WORDS ENDS UP ON THE SCREEN. IT DEPENDS ON THE PROJECT AND THE DEADLINE, BUT GENERALLY IT’S 1,000 WORDS.

Your secret “sin” when you write?

SORRY, I DON’T KNOW WHAT THAT MEANS. QUITE POSSIBLY, THOUGH, IT REFERS TO PROCRASTINATION. WHICH MOST WRITERS ARE EXPERT AT.

Do you suffer from writersblock and if, what do you do against it?

I’M NOT SURE WHAT WRITER’S BLOCK IS. IT’S TRUE THAT SOMETIMES THE WORDS COME FASTER THAN AT OTHER TIMES, BUT THAT’S ALWAYS AND ENTIRELY A FUNCTION OF THINKING. WRITING REFLECTS THOUGHT. IF I’M NOT THINKING CLEARLY, I’M NOT WRITING (CLEARLY). SO WHAT I’LL DO THEN IS CHOOSE SOMEONE TO TALK TO ABOUT WHAT I’M WRITING; JUST TELL HIM/HER WHAT I’M DOING. THAT USUALLY SOLVES MUCH OF THE PROBLEM, IF ONLY BECAUSE NO ONE EVER SUFFERS FROM TALKER’S BLOCK.

Your advice for apprentice writers?

ASK YOURSELF WHETHER YOU COULD POSSIBLY LIVE WITH ANOTHER PROFESSION—ANY OTHER PROFESSION. IF YOU CAN, DO THAT OTHER THING. IF YOU CAN’T, THEN BUCKLE UP FOR WHAT, IN THE BEST OF CIRCUMSTANCES, IS ALMOST ALWAYS A BUMPY RIDE.
Thank you very much, Joel, for letting us have a peek into your writing life.
~~~~~~~~~~~~~~~~~
Joel Engel’s latest book is a biography about Rod Serling famous TV man in the United States of the ’50s. From what I gather by the little research I have done, Rod Serling was a screenwriter genius but highly complicated. Certainly a biography worth reading. Amazon says about “Last Stop, Twilight Zone: The biography of Rod Serling“:
“This landmark first biography of Rod Serling offers fascinating insights into his life, from the nearly idyllic childhood that he could never recapture to the haunting World War II experiences that informed his imagination and his sudden emergence as one of television’s Golden Age luminaries, responsible for shaping the medium itself. Last Stop, The Twilight Zone paints a startling picture of the complex, unhappy man beneath Serling’s gregarious yet suave public persona. Despite receiving critical and popular acclaim, Serling was doubtful of his own talent, compulsively accepting nearly any job offered, from writing to pitching products. Prolific by any measure, he felt imprisoned by his most famous creation, The Twilight Zone. Here is the Rod Serling we never knew, the man whose success overshadowed his ambitions and, eventually, his life—a life that ended long before it should have.”

If you are as intrigued as I am, then please feel free to find out more about Joel Engel here:

Joel’s Author Page
Joel on Twitter
Joel on Facebook
And if you can’t get enough: here is where to purchase his books:
Joel on Amazon