HOW TO STAY ALIVE

The doctor said it was too late. Soft medicine would be of no use to me now. I cried into my pillow as the visions of what I still wanted to achieve in my life flashed before me then ran off into the bushes.

Don’t move. If you do, you could bleed to death in less than three minutes.

I practised being dead, resisting every urge to cough or twitch, but first I called the children to hear their voice in case…

And as I practised being dead – getting better and better at it – a familiar face ventured almost apologetically into the room.  So grateful was I to see him one more time that I cried in earnest. It wouldn’t matter if I bled to death now.

That was nearly two years ago. Two years, over 600 pills a month and the will to prove everyone wrong. Whenever anyone says ‘no’ to me, I make it my mission to prove them wrong. The doctors had been telling me for years that  I would be on medication for life.

‘Are you sure that I won’t be able to get off these pills one day?’
‘No. Let’s be honest’.

That was their No. Not mine. On my miraculous journey back to health from a chronic kidney disease, I encountered a wonderful soul with a simple message: we can eat our way back to health and the way to do so is to practise intermittent fasting. It sounded like just another fad to me and I challenged the author to give me good reasons why I should take him seriously. He won me over. I read his book and you know what: I feel GREAT! I’m not going to twist your arm or try to talk you into anything. There is a growing body of research on the benefits of intermittent fasting. I only know it is helping me to regenerate both my body and my mind. If you would like to know more:

Habit Ever After: How One Habit Can Change Your Life 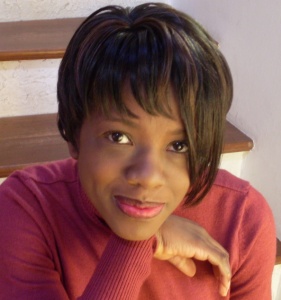 If we want to stay alive, physically and mentally, then we shouldn’t play dead. We should be open for new encounters that have the potential to refresh our souls. I first learned this lesson in trust, courage, and yes, this lesson in love, from my grandmother. Her personal story has inspired a book that is dear to me, Long Time Walk On Water:

A black woman and single mum, starting over. A white man who wants something more. Will they take a chance on each other? Everything gonna be alright?

London, 1960. Rose is looking for a new start. Thousands of miles away from her Caribbean home, she scrapes together money to send for her children while adjusting to a strange, new world. Jack’s life is full of disillusionment. Living on the seventh floor of a council flat with his two children (he hopes they won’t turn into ruffians) and his wife who cleans spud juice from her fingernails with a knife, Jack knows all too well that the streets of London are not paved with gold. With dog shit more like.. The only thing that gives his life sparkle? His Jamaican friends down at the docks.

They happen to meet at a bus-stop one day. Jack and Rose. The rest is history.

This historical novel with its splash of something quite unique, its rich settings and realistic characters, its touch of romance, reggae style, is now an Amazon #1 in three categories. What’s more, it’s now FREE!!

Thank you, Grandma. Thank you, Loui. Thank you to all the people who have encouraged me. I’m still here, clinging to the vision of myself as an old woman (as old as my grandmother, one day!), hobbling along the beach, hand-in-hand with my husband and listening to the celebratory roar of the sea. That’s worth staying alive for!

I hope you enjoy these two reads and would love to dear from you about the visions and people who have helped you to achieve the unthinkable so that you are still here, full of life, of laughter and love.

Thanks, Barbara for your time and openess. I appreciate you very much!

One thought on “How to Stay Alive: Guest Post by Joan Barbara Simon”

Please donate for the upkeep of "The Bee Writes" at PayPal, if you like what you see! Thanks!