May 31, 2018July 15, 2020 Author by 🇪🇺 Bee H.Posted in Creative Writing
Here is an article by Randy Ingermanson about writing great scenes but there are also a couple of suggestions on books about writing. Have fun!
This article is reprinted by permission of the author.
Award-winning novelist Randy Ingermanson, “the Snowflake Guy,” publishes the free monthly Advanced Fiction Writing E-zine, with more than 17,000 readers. If you want to learn the craft and marketing of fiction, AND make your writing more valuable to editors, AND have FUN doing it, visit www.AdvancedFictionWriting.com.
I can only encourage you to sign up to his newsletter. It’s always good advice on anything writing- and publishing-related. Enjoy!

When I started writing fiction thirty years ago, I suffered through all the usual angst about “am I any good at this fiction thing or is my writing just too horrible for words?”

So I went to a writing conference and got connected to a critique group. They relieved me of my fears. They said my writing wasn’t horrible.

But I could tell they also thought my writing wasn’t very good. Which means I was a normal beginning writer.

Unfortunately, they were a normal critique group, which means they didn’t know how to teach me how to improve. So I was stuck in a deep rut for months.

A year later, I went to another writing conference and met a writing buddy.  We talked a lot by phone over the next few months. One day, he referred me to a book that changed my life. Techniques of the Selling Writer, by Dwight Swain.

It changed my life because it showed me how to improve my writing in a way I could understand. It explained the logic of story. The logic of scenes.

I studied that book hard. Applied it to my writing. And my critique group began to notice. Month by month, my work improved. Within about six months, my group started telling me my stuff was good. That it could be published. That it should be published.

Let’s remember that when you go to a critique group, you only bring a few pages. Usually just one scene. So critique groups are geared to scenes, not story structure, not character development, and not theme.

So when my critique group said my work “should be published,” what they meant was that I was now writing scenes at a professional level. There were other issues in my writing that I needed to improve, but my scenes were strong.

It took a few more years to get my writing firing on all cylinders, but when that happened, I did get published. I caught an editor’s eye at a writing conference by handing him one strong scene. Eventually, he bought the book.

And my scenes are still strong. Because once you learn how to write a strong scene, you can’t unlearn it.

Since then, I’ve taught at many conferences and evaluated hundreds of manuscripts. And I’ve been in critique groups for most of the time I’ve been writing.

My opinion is that the #1 problem of beginning and intermediate writers is that they don’t write strong scenes.

I’ve taught often at conferences on the importance of writing great scenes—scenes that give your reader a powerful emotional experience.

I’ve pestered the long-suffering members of my critique group many times about the importance of writing strong scenes.

Last December, I decided that scenes are important enough that I should write two full books just on how to write great scenes.

The first book is on scene design, and I’m wrapping it up right now. The second book will be on scene tactics, and I hope to write that sometime in the next twelve months. They’re both important, but my view is that scene design takes priority.

The first book is titled How to Write a Dynamite Scene Using the Snowflake Method. The Snowflake Method is all about designing a novel, and Step 9 of the method is to design each scene before you write it. This book will drill down deeper into scene design than I’ve ever gone before.

One reason it took me so long to decide to write these books is that I always thought that “Dwight Swain’s book is enough.” For many, many years, I’ve referred people to his book. Because I learned a lot from it. And I thought it was an amazing book.

But I’ve learned that not everyone likes his book. And I think that’s a shame.

A friend told me recently that I’m “the interpreter of Dwight Swain.” I don’t know if that’s true, but I’ve certainly done my best over the years to spell out his ideas in my own words. To rethink everything he said. To simplify it. And to add in some of my own ideas.

I’m sure my new book won’t be the last word on the subject. But I hope it’ll help writers as much as Dwight Swain’s book helped me.

Here are some of the things you’ll learn in my new book:

There’s more in the book. A whole lot more. Just about every chapter has some new idea I thought of while writing it. And I’ve analyzed in great detail some example scenes from three best-selling novels—The Hunger Games, Outlander, and The Godfather. So you can see how the simple principles work out in practice.

The e-book is due to release on May 18, which is about three weeks from now. The normal, everyday price after the release will be $4.99, which I think is a very fair price.

But during the preorder phase, I’m pricing the book at $2.99. That lets me give all my fans a chance to order at a 40% discount.

I’ll bump the price up to $4.99 shortly after the release. 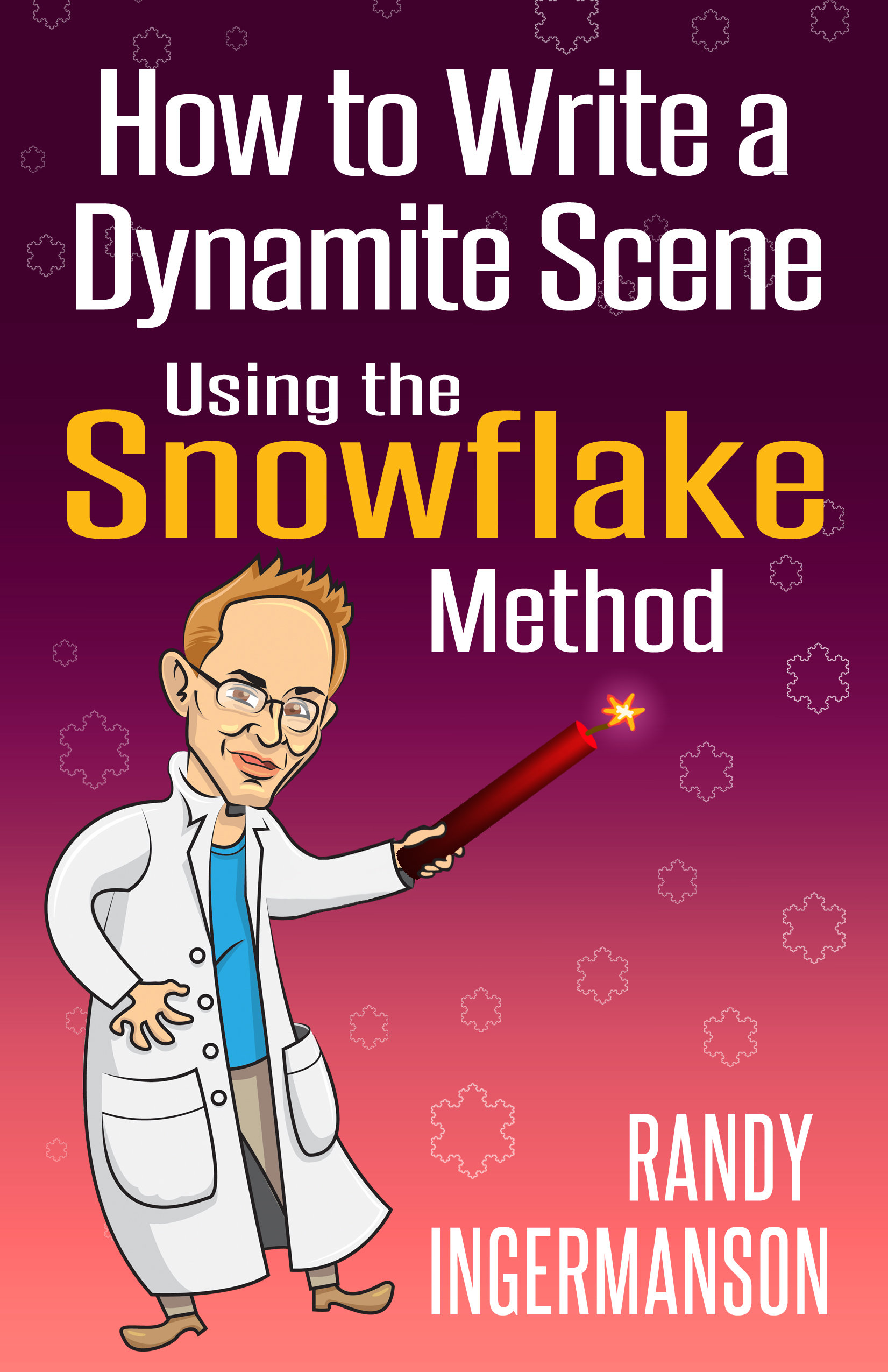 The e-book version is available now for preorder at all the usual suspects:

See it on Amazon

See it on Apple iBooks

See it on Barnes & Noble

See it on Kobo

See it on Smashwords

A paper edition is in the works, but I won’t be able to set up preorders on that. I hope to be able to release it exactly on May 18.

For audio fans, an audio edition is also coming along. I don’t know if it’ll be ready on May 18, but I expect it no later than the end of May. I’m still learning how to schedule audio production, and there’s much more outside my control than with e-books.